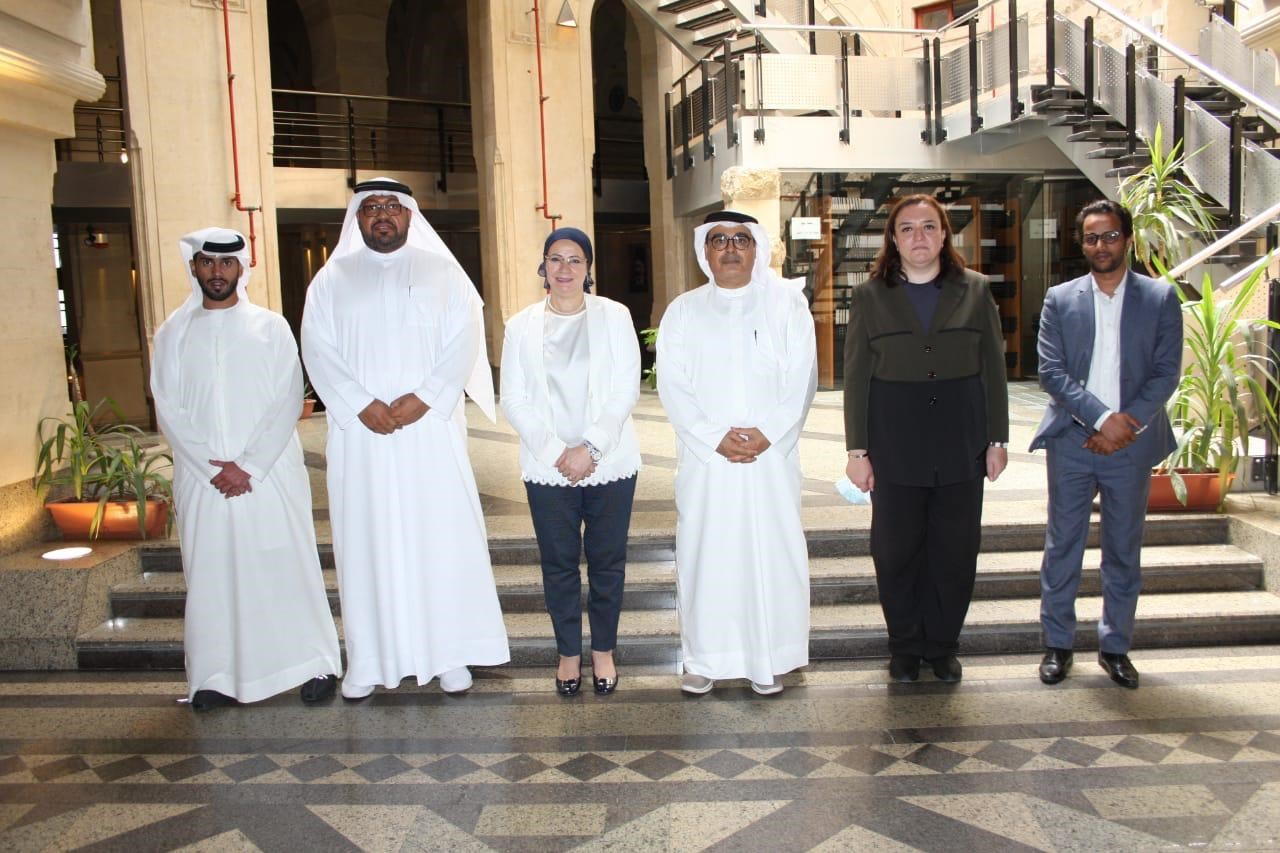 The delegation of the Sharjah Institute for Heritage, headed by His Excellency Dr. Abdulaziz Al-Musallam, President of the Institute, visited the House of Books and National Documents in Bab Al-Khalq in Cairo Governorate in the Arab Republic of Egypt. They were received by Dr. Aida Abdel Ghani, Director General of the House, and a number of directors and officials.

His Excellency the President of the Institute, accompanied by the accompanying delegation, which included Mr. Ahmed Al-Bairaq, Director of the Institutional Communication Department, Mr. Ahmed Al-Dah, Head of the International Relations Department, and Dr. Mona Bounaama, Director of the Content and Publishing Department, was briefed on the various facilities of the House and the specialized museums it contains, which are concerned with Primarily through writing, book, and printing, and the development of its tools and methods, in addition to exhibitions of decoration and Arabic calligraphy, and the Library of Books, which was founded in 1870 to stand today as a witness to the cultural richness of Egypt and to be a center of intellectual and knowledge radiation.

Al-Muslim listened to adequate explanations about the contents of these museums and their history that exceeds several centuries, and the role of the historical house in providing students of science with solid scientific references, this role that the house continues to play to this day because it contains a library rich in the mothers of books in addition to modern books with a historical dimension. .

At the beginning of its visit, the delegation of the Sharjah Institute for Heritage was briefed on a short documentary film about the efforts of His Highness Sheikh Dr. Sultan bin Muhammad Al Qasimi, Supreme Council Member and Ruler of Sharjah, in restoring the House of Books and National Documents after the destruction that affected it following an explosion targeting the Cairo Security Directorate in 2014. In addition to the role of His Highness in supplying the house with a large collection of books from His Highness's private possessions instead of those affected by the explosion.

It is noteworthy that this visit comes on the sidelines of the participation of the Sharjah Heritage Institute in the activities of the 52nd Cairo International Book Fair, during the period from June 30 to July 15, 2021, and its constant endeavor to build knowledge partnerships and exchange experiences in areas of common interest.