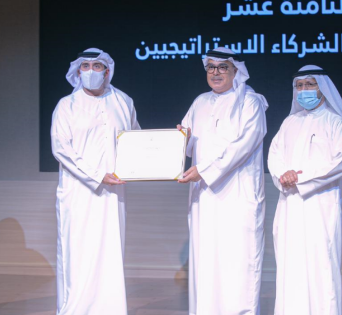 His Excellency Dr. Abdul Aziz Al Musallam, Chairman of the Sharjah Institute for Heritage, Chairman of the Higher Committee for the 18th Sharjah Heritage Days, honored the sponsoring bodies and institutions of the Days and the strategic partners, who played a vital role in the success of the events, as is the case every year. The Institute has set a new date with them in April next year with more events, activities and programs.

Attention to heritage in the depth of cultural programming
His Excellency Dr. Abdul Aziz Al Musallam, Chairman of the Sharjah Heritage Institute and Chairman of the Higher Committee for the 18th Sharjah Heritage Days, said: “Here we have bid farewell to the eighteenth edition of the Sharjah Heritage Days, so that we will have a new date in April next year, where we promise you, as is the case every year, with diversity And new additions to all programs, events and activities, as Sharjah turns into a mecca for all lovers and lovers of heritage from all over the world, we all gather under the umbrella of the smiling emirate, the Emirate of Culture and Heritage, with the continuous and unlimited support of His Highness Sheikh Dr. Sultan bin Muhammad Al Qasimi, Member of the Council Supreme, Ruler of Sharjah. Thank you very much to the ruler of culture, heritage, benevolence, knowledge and science."

His Excellency added: "We feel proud and proud of what has been achieved throughout the course of the days since the first version that saw the light in 2003, and we believe that we have made important achievements in terms of introducing heritage at the level of the Emirates, at the Arab level, and at the global level, and interacting with it, for heritage is of great importance in the UAE And it always comes at the forefront of priorities, since the early beginnings of the establishment of the state, the interest in heritage has been in the depth of cultural programming, and the material support for heritage has always been at its peak.

He pointed out that the sponsors and strategic partners who were honored deserve this and more. They are partners in success, work and action, and without their presence, touch and role, success will not be complete. Thank you for the amount of love, work and giving for their efforts.

Creating a generation based in its aspirations on authenticity
For her part, Aisha Ghabish, General Coordinator of the 18th Sharjah Heritage Days, said: "With the end of the days' activities, the message has arrived and been completed. and publicizing the heritage on the widest scale in the world.

She pointed out that the Sharjah Heritage Institute seeks, through the Sharjah Heritage Days, to identify the material and moral heritage, thus contributing to the creation of a generation based in its aspirations on authenticity, and on ancient experiences, taking into account the importance and necessity of enhancing opportunities for communication between generations.

Honoring our sponsors and strategic partners
All the sponsors and strategic partners were honored: the Department of Suburbs and Villages Affairs, the Emirates Heritage Club, the official sponsor, the Commerce and Tourism Development Authority, the Emirates Telecommunications Corporation, the logistical support, Jifco International, the main sponsor, Next Media, the Sharjah Cooperative Society, and the Sharjah Airport Agency. Travels "SATA".

Building bridges of cooperation and cultural communication
In addition, despite the current exceptional circumstances regarding the Corona virus, 29 countries from around the world participated in the eighteenth edition of the Sharjah Heritage Days, under the slogan “Cultural Heritage brings us together”, because of its symbolism, significance and high value in extending bridges of cooperation and communication. Cultural and civilizational dialogue with different cultures. 18 international and local teams, 23 government agencies, 10 communities, 7 exhibitions, 4 heritage environments, more than 500 various programs and events distributed on cultural and academic programs, more than 100 lecturers, 85 participating shops, and more than 90 collaborators participated.