His Highness Sheikh Dr. Sultan bin Mohammad Al Qasimi, Supreme Council Member and Ruler of Sharjah, opened the Arabian Heritage Centre in the University City-Sharjah, on April 19, 2015, as an institution entrusted with the implementation of the SIH's programme with regard to cultural heritage in the Arab world. This programme is dedicated to the vision and directives of His Highness the Ruler of Sharjah, in supporting and preserving the Arab cultural heritage, and improving the mechanisms of collecting, authenticating, documenting and disseminating it, so that it will be available to researchers and the public. It also works to care for Arab heritage both tangible and intangible, by creating an inclusive corporate framework in order to make a qualitative addition to the record of major cultural and heritage projects that fall at the heart of the cultural project of His Highness, and in support of the march of heritage in the UAE, the GCC countries and the Arab world. 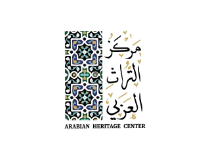 The Centre seeks to be the top Arab heritage destination at the level of the Arab countries, by adopting a strategic plan that aims at: